Going for gold: Gelatine from GELITA

Interview with Siegfried Brenneis (from GELITA Customer Magazine UPTODATE No 42) 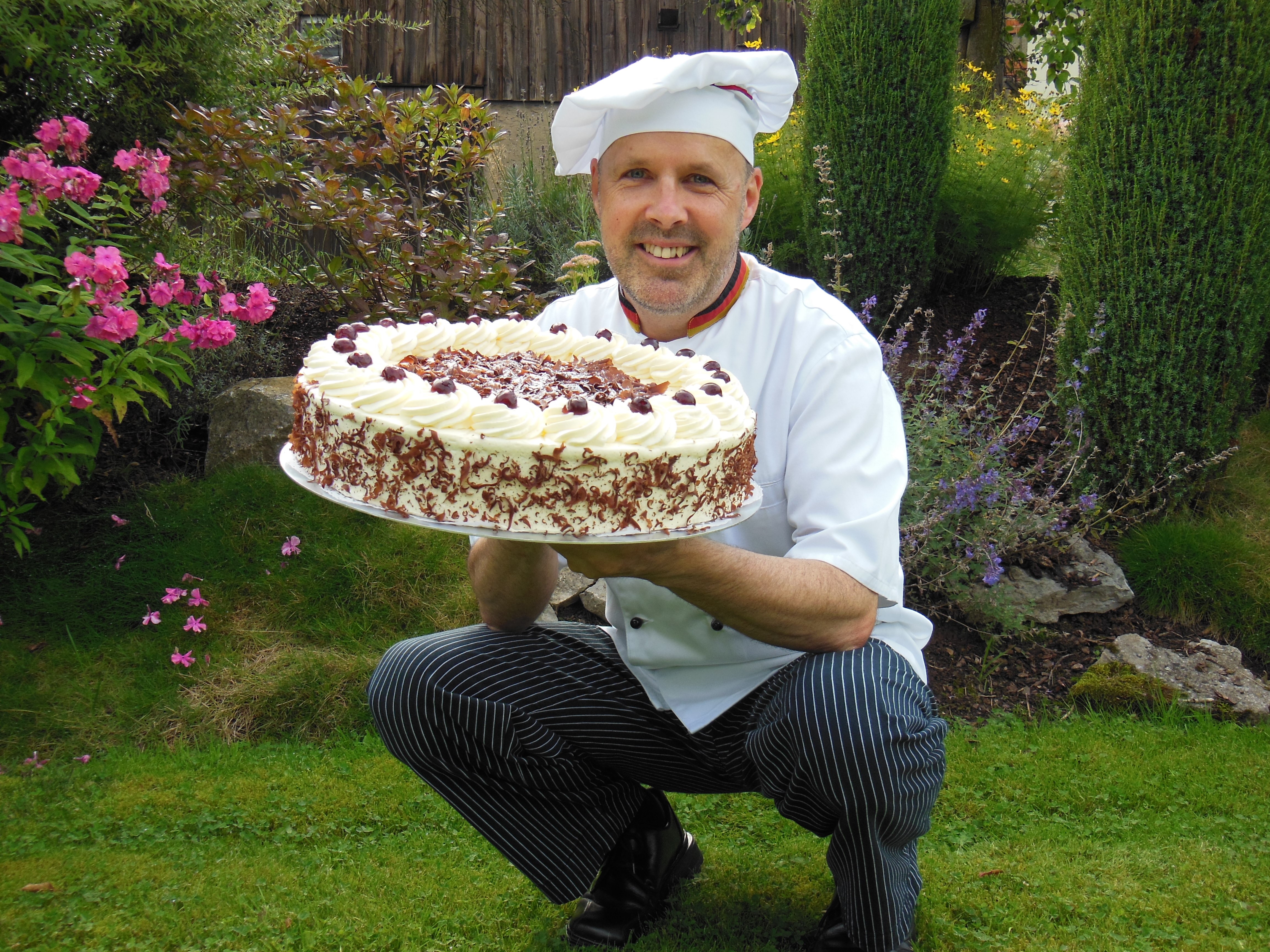 Siegfried Brenneis has won countless prizes with his baked goods and cakes – including six gold medals for his Black Forest gateau. To achieve this, the master baker and confectioner, who was appointed captain of the German Bakers’ National Team in 2010, uses gelatine from GELITA. Who better to explain how to use
leaf gelatine correctly?

Mr. Brenneis, what do you most like to
conjure up with leaf gelatine?
Siegfried Brenneis:
Black Forest gateau, because it combines the
taste of cherries, dark chocolate dough, and
cream flavored with cherry brandy. I find that
interesting. I use the leaf gelatine to keep the
cream stiff.

How do you successfully process leaf gelatine and cream?
Siegfried Brenneis:
For the cake, I whip about 1000 grams of cream until it’s almost stiff. Before that I soak six to eight gelatine leaves in cold water for five to ten minutes. I gently squeeze out the soft leaves and heat them in a saucepan while stirring until they dissolve and become creamy. Then I stir in 100 – 200 grams of the cold cream into the warm gelatine. This matching of temperatures prevents lumps from forming. Then I pour the mixture into the rest of the cream and whip it again until
it is really stiff.

What helps in this case?
Siegfried Brenneis:
Gelatine becomes liquid again when heated, which means that the cream-gelatine mixture can be carefully warmed up. As a result, the cream then becomes runny, but that doesn’t matter. This mixture must then be matched again with a portion of the remaining cream.

What else is it important to know about using leaf gelatine?
Siegfried Brenneis:
Gelatine should not be heated above 80 °C, as it loses its gelling power at high temperatures. That’s why the pan must be removed from the hot plate immediately and the gelatine removed as soon as it has dissolved. The water for soaking must be cold, lukewarm temperatures dilute the leaf gelatine. It should also not remain in the water for too long, five to ten minutes is enough. And the gelatine must always be well mixed in.

Some fresh fruits such as pineapple or kiwi are not compatible with gelatine. Why is this the case? And is there a workaround to making delicious cream slices with these fruits?
Siegfried Brenneis:
The proteic enzymes in these fruits dissolve the gelatine and prevent it from gelling. Heating or blanching the fruit destroys these enzymes so they can no longer harm the gelatine. If you want to simplify matters, use canned fruit.

You’re captain of the national bakery team. How did this honour come about?
Siegfried Brenneis:
First of all, I qualified for the national Team via the German baking industry championships. Since I have been committed to my guild for many years, I was elected captain in 2010. The great thing about it is that I get to travel all over the world – I’ve been to countries like Japan, the USA, Spain and Italy with the team – and I learn something new every time.